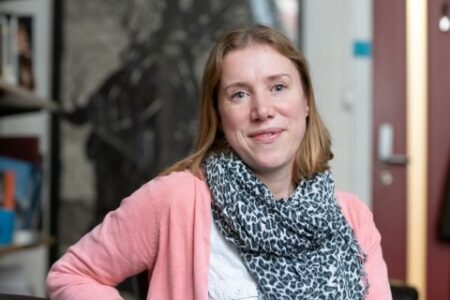 Based on a partnership between the Luxembourg Space Agency (LSA), the European Space Agency (ESA) and the Luxembourg Institute of Science and Technology (LIST), the ESRIC innovation centre is unique in the world for its exclusive focus on space resources. Its activities revolve around space resources research and development, support for economic activities, knowledge management and community management. Launched in 2020, the centre has made fast progress over the past 15 months and its core team now includes a dozen people. It has built its first labs and started its first research projects, organised the 2021 Space Resources Week – a major international event in the field of space resources – and launched a space resources prospection challenge together with ESA. It has launched the world’s first start-up programme dedicated to space resources and initiated important partnerships with industrial partners such as Airbus and Air Liquide.

A new era of space exploration

Backed by a PEARL Chair from the Luxembourg National Research Fund (FNR) with an endowment of €3.7 million over five years, new director Kathryn Hadler will join ESRIC to lead the further development of the centre, advancing scientific discovery and technology development in In situ Resources Utilisation (ISRU) and asserting ESRIC and Luxembourg’s position in space resources. The PEARL programme, funded by the FNR, provides competitive funding to attract top researchers in strategic research areas for Luxembourg.

A new era of human and robotic exploration of space beyond low Earth orbit is underway.

Dr Hadler’s nomination will build ESRIC’s expertise in mineral processing and beneficiation and allow the creation of an internationally recognised research group that will advance scientific discovery and technology development in In-situ Resources Utilisation (ISRU).

“A new era of human and robotic exploration of space beyond low Earth orbit is underway,” she explains. “For humans to travel further and stay longer in space requires the development of systems to support human life and refuel spacecraft using resources found locally. As a consequence, ISRU is now a key element in space agency strategy for space exploration. As a new resource use system, it is essential that ISRU is used as an exemplar of best practice in resource extraction, based on the concepts of end-to-end process optimisation, circularity of materials, zero-waste and restoration of pristine environments.”

The 3.7 MEUR FNR PEARL funding complements resources from ESRIC and will serve to build up a world-leading research team working on a programme dedicated to “Solutions for the Sustainable and Responsible use of Space Resources (SolSR)”. The strategic objectives of the SolSR programme include developing technologies that provide solutions to the technical challenges presented by ISRU, producing technologies, tools and roadmaps that demonstrate sustainable and responsible approaches to resource use in space, and creating tangible opportunities for collaboration with space and terrestrial industries, including mining and recycling. With these additional researchers, ESRIC is planned to grow to more than 30 researchers within the next 2 years.