Why startups choose Luxembourg (1/4): A strong base in Europe

Start-ups choose to set up companies in Luxembourg for a variety of reasons. “CYBAVO was originally created in Taiwan and is headquartered in Singapore,” explains Roberto Machado, General Manager EMEA at CYBAVO. “When our client base in Europe started to grow, we decided that we needed an office in the EU. We met the Luxembourg Trade and Investment Office in Taipei who explained how crucial cybersecurity and fintech are for the Luxembourg government and industry. We discovered that Luxembourg is at the centre of the EU and has strong start-up and financial ecosystems, a highly educated and international workforce and three languages – German, French and Luxembourgish, which would help us bridge different European markets in one shot. This made us choose Luxembourg over some other European regions.

Setting up companies in Luxembourg to take off and scale 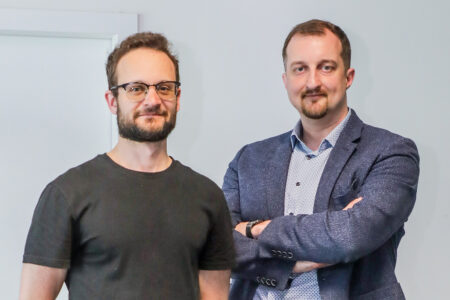 “We were looking for a country to scale Blackswan Space,” says Marius Klimavičius, CEO of the Lithuanian start-up. “We looked at Germany, Switzerland and a few others and found that Luxembourg is very welcoming, even to pre-revenue start-ups. It has many similarities with Lithuania, and a really good long-term vision for the space sector. In spite of some initial challenges, the country has not given up but continues to invest, create a space business community, develop its space policies and effectively integrate into the global space industry.”

Luxembourg is very welcoming, even to pre-revenue start-ups.

Caroline Assaf, Founding Director of CoCo World, has quite a different story. “I came to Luxembourg for personal reasons. When looking for a job here, someone encouraged me to pick up the edutech idea I had worked on in Canada and suggested that I speak to the Ministry of Education. I thought I had nothing to lose, so I set up a meeting with the ministry and explained my idea. Two weeks later, they told me that they were willing to support my idea through an EU-funded project! We received €500,000 in equity-free funding and the company was off.”

“For me and my Irish co-founder, it was also quite natural to launch our company here as we were both working in Luxembourg when our idea to reinvent the car rental business using IT solutions and electric vehicles was born,” says Renaud Marquet, COO of UFODrive. “Our business is by nature very international: we are present in eight countries, but our headquarters, and about half our staff, is here.”